The Half Has Never Been Told: Slavery and the Making of American Capitalism (Compact Disc) 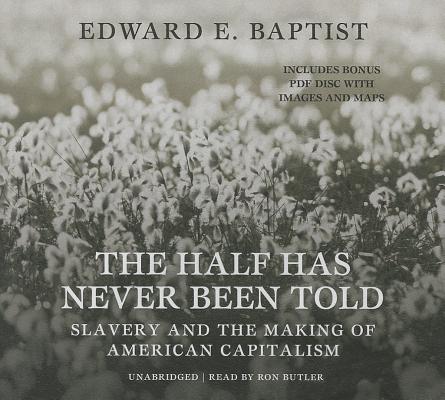 In The Half Has Never Been Told, historian Edward E. Baptist reveals the alarming extent to which slavery shaped our country politically, morally, and most of all, economically. Until the Civil War, our chief form of innovation was slavery. Through forced migration and torture, slave owners extracted continual increases in efficiency from their slaves, giving the country a virtual monopoly on the production of cotton, a key raw material of the Industrial Revolution.As Baptist argues, this frenzy of speculation and economic expansion transformed the United States into a modern capitalist nation. Based on thousands of slave narratives and plantation records, The Half Has Never Been Told offers not only a radical revision of the history of slavery but a disturbing new understanding of the origins of American power that compels listeners to reckon with the violence and subjugation at the root of American supremacy.