The Revolt of the Black Athlete: 50th Anniversary Edition (Sport and Society) (Paperback) 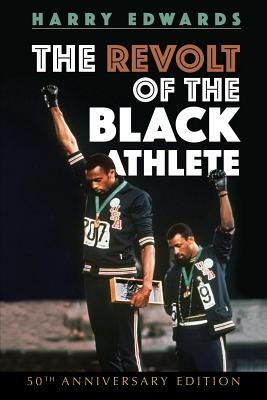 The Revolt of the Black Athlete hit sport and society like an Ali combination. This Fiftieth Anniversary edition of Harry Edwards's classic of activist scholarship arrives even as a new generation engages with the issues he explored. Edwards's new introduction and afterword revisit the revolts by athletes like Muhammad Ali, Kareem Abdul-Jabbar, Tommie Smith, and John Carlos. At the same time, he engages with the struggles of a present still rife with racism, double-standards, and economic injustice. Again relating the rebellion of black athletes to a larger spirit of revolt among black citizens, Edwards moves his story forward to our era of protests, boycotts, and the dramatic politicization of athletes by Black Lives Matter. Incisive yet ultimately hopeful, The Revolt of the Black Athlete is the still-essential study of the conflicts at the interface of sport, race, and society.

Harry Edwards is professor emeritus of sociology at the University of California, Berkeley. He was the architect of the Olympic Project for Human Rights and his work has focused on the experiences of African-American athletes. His other books include The Struggle that Must Be: An Autobiography.

"A useful addition to any syllabus for students of American politics or of journalism and in particular sports journalism."--Irish Independent
"What The Revolt of the Black Athlete is about, at its heart, is organizing: the slow, laborious, never-complete process of working to constitute a collectivity that can seek to contest and overthrow the conditions of its subjection." --Los Angeles Review of Books

"A must read for all scholars, activists, athletes, and sport enthusiasts. . . . Edwards commandingly expresses how the collective voices and unified actions of Black athletes can evoke institutional change. The Revolt of the Black Athlete uncovers the axiom by the Reverend Dr. Martin Luther King, Jr., that, 'a threat to justice anywhere is a threat to justice everywhere,' even at institutions of higher education."--Billy D. Hawkins, author of The New Plantation: Black Athletes, College Sports, and Predominantly White NCAA Institutions

"Edward's essential position in the movement, his memory of the events, and his ability to connect them to present-day activism make this book a must-read."--Journal of Sport History

"When whites respond to black protests with anger and resentment, unable to see the experiences of those who don't enjoy white privilege, that indicates that we have a lot of work yet to do. The re-printing of The Revolt of the Black Athlete comes at a perfect time to help us do that work and Dr. Edwards gives us an amazing example of someone who has spent his life not just talking the talk, but walking the walk."--Theresa Walton-Fisette, President of the North American Society for the Sociology of Sport

"The book remains highly relevant to the current climate of athletic activism and stands out as an important piece of sport history as well as a road map for critical discussions of sport." --idrottsforum.org